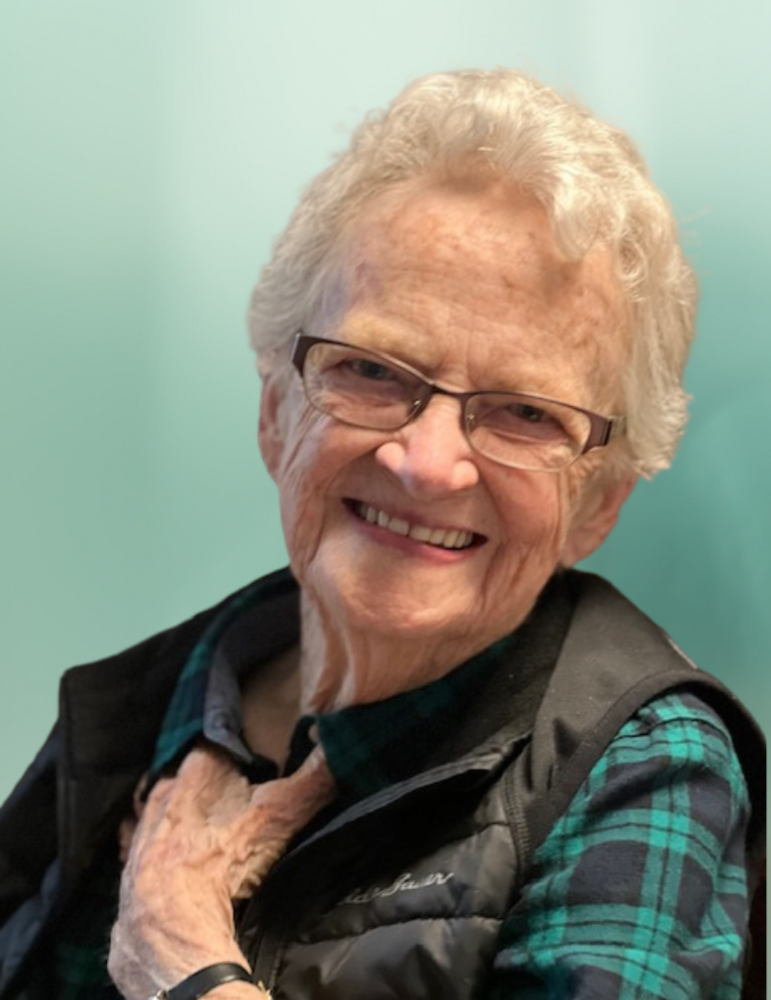 Peacefully at the Hawkesbury General Hospital on Thursday, April 7,2022 Kathleen Meyer (nee McMahon) of Harrington, Quebec passed away at the age of 88. Kathleen (Kay) was the eldest child of the late Clarence McMahon and Murl MacLean of Harrington, Quebec. Beloved wife of the late Albert Meyer of 52 years. Loving mother of Lynn, Holly (Brent Ball) and Andrew (Christine). She is predeceased by her eldest daughter Fern (Andre Martineau). Kay has three grandchildren who meant the world to her, Emma Fernandes (Adam), William (Emily) and Adam (Braedon Lenzi). She is survived by her sisters Pearl (the late Charles O’Dell) and Iva (Leonard Boyd), and sisters-in-law Belle (Tom Boa) and Edith Kenny. Predeceased by her two brothers Alan (Maureen) and Lewis (Marion). Fondly remembered by her many nieces and nephews who were very special to her.

Kay’s family meant everything to her. She dedicated her life to her family and her calling as a nurse. Trained as a RN at Montreal General, she worked in psychiatric nursing in Alberta, at the Lachute Hospital, and many years as a travelling area nurse with CLSC in Lachute. She was frequently called on by family and community members for medical help and advice. Kay was a long-time member of the Harrington Mission Circle and the Baptist Church and participated in many quilting circles.

Kay and Bert built a beautiful log home on the Rouge River and that was Kay’s happy place. It was very hard for her to leave. She spent the last few years of her life at Heritage Lodge in Vankleek Hill and made several new friends and reconnected with a few old friends. Kay received kind and considerate care at Heritage Lodge and at Hawkesbury General Hospital.

Kay was a gentle, kind, caring person, who was incredibly modest. She will be dearly missed by her family and friends.

A Graveside Service will take place at a later date at the Shaw Cemetery, Harrington, Quebec.

In lieu of flowers, the family welcomes donations to the Heart and Stroke Foundation. To express your condolences or make a donation please visit www.hillcrestfuneralhomne.ca

A Tree of Remembrance for Kathleen will be planted in the McAlpine Forever Forest, Vankleek Hill.