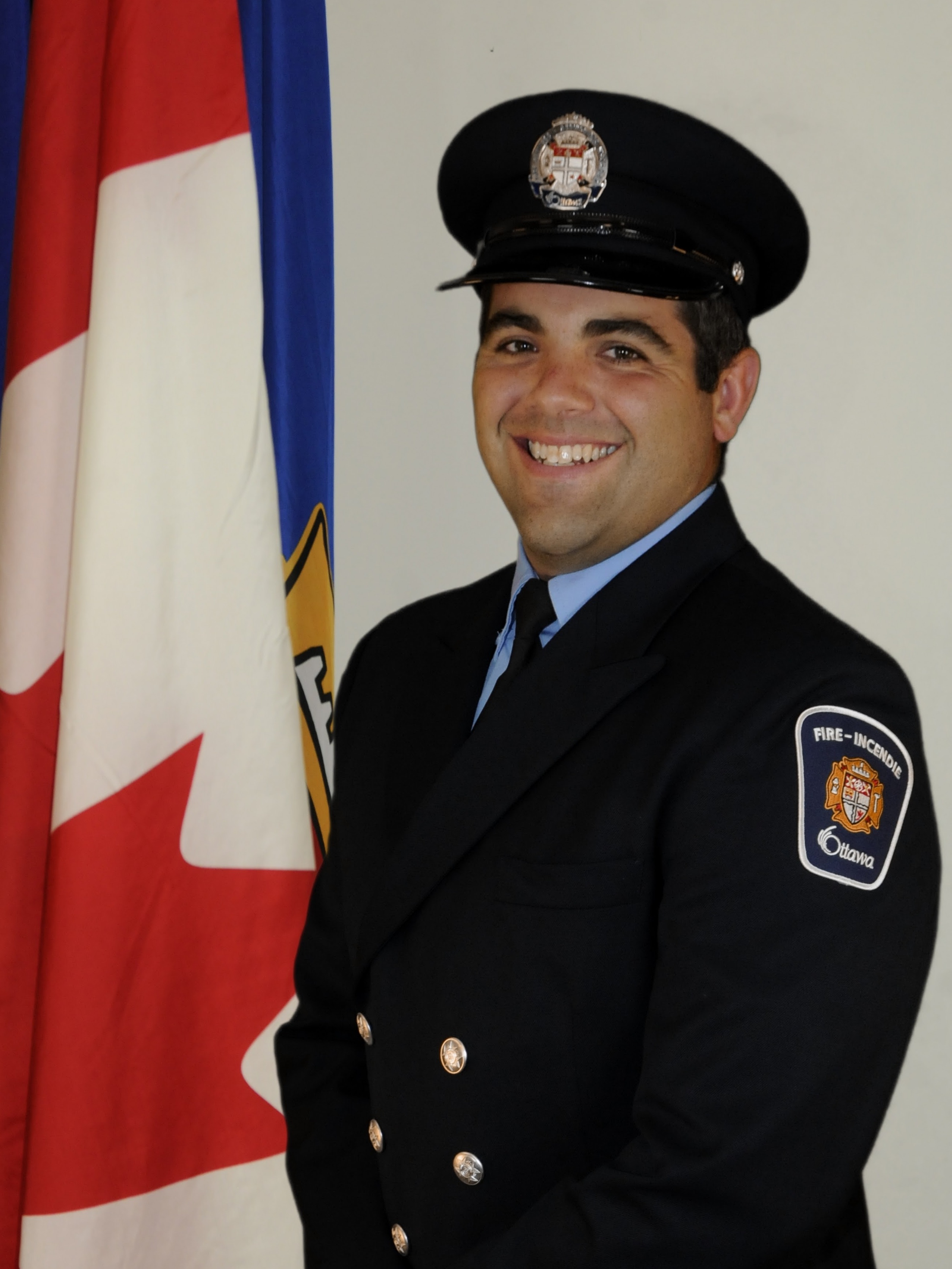 A Celebration of Ryan's Life will be announced at a future date.

Active member, First Class Ottawa Firefighter Ryan Hill answered his last alarm on the afternoon of Monday, December 20, 2021 at the age 37. He was lovingly surrounded by his family at the Ottawa Hospital, Civic Campus and celebrated his birthday the day before, where he lost his hard fought 1-year battle with brain cancer.

Ryan will be deeply missed by his loving parents Roger and Debbie Hill (Seward) of Lindsay.  He adored his family and the love of his life Patti (nee Anderson) who will miss him forever. Superhero and wonderful loving dad to his four-year-old twin boys, Reilly and Ryker.  He will be deeply missed by his brother Andrew (Danni) and sister Sarah.  Ryan was a wonderful son-in-law to Neil and Chris Anderson of Vankleek Hill and a fun-loving brother-in-law of Dave Anderson (Jen), Julie Smith (Mike) and Stephanie (Blake McDonell). Ryan was a special uncle and loved by Lyla, Kye, Hayden, Beckett and Rhys Anderson.

Ryan grew up in Lindsay, Ontario, where his lifelong passion for the Toronto Maple Leaf’s was born, a passion that he shared with his Mom. Hockey was not a sport he played until he joined the OFD East End League in the recent years. As a novice player, he was quite improved, but more enjoyed it for the camaraderie and laughs with his OFD brothers. That hidden talent was a spinoff from his school days, starting at the young age of 10, where he discovered his passion and talent for playing rugby for the Lindsay Rugby Football Club and playing Varsity for three years with the Carleton University Ravens.

Ryan had a real talent for landscaping and gardening, which he learned from his dad, while growing up in the greenhouses. He loved nothing more than spending time with the boys and Patti turning their gardens into an oasis and a beautiful home.

Ryan dedicated 10 years of his life to the Ottawa Fire Department and one year to the City of Kawartha Lakes Volunteer Fire Department. He was well liked and respected. His service, dedication and friendship will be greatly missed by his fellow firefighters, especially Station 13 Platoon A.

We hope you are setting off fireworks to 90’s grunge music, eating ice cream out of the carton one spoonful at a time, and reading the occasional comic book. “Rest Easy Brother, we’ll take it from here.”

A Celebration of Ryan’s Life will be announced at a future date.

To help families like Ryan's, please consider a donation in his memory to the Ottawa Firefighters Cancer Support Fund or to Team Morgan a charity that Ryan supported to help children's cancer research at CHEO. Donations for both charities can be mailed to Frontline Financial Credit Union, 365 Richmond Road, Ottawa, ON K2A 0E7. This would be  greatly appreciated by his family.

To express your condolences or make a donation please follow the link to the right or at the top left.

A special thank you goes out to the entire team at the Ottawa Hospital, Civic Campus and Ottawa Hospital Cancer Center. So many staff have touched Ryan’s life, cared for, loved, and taken him in as part of their own TOH family. His infectious smile has gotten him out of more mischievous moments, all while keeping the staff on their toes with anticipation and smiles for what might come next. The friendship, compassion, and love were felt by both Ryan and the family. Our deepest gratitude for what you do and even more for how you do it.

A Tree of Remembrance for Ryan, will be planted in the McAlpine Forever Forest.