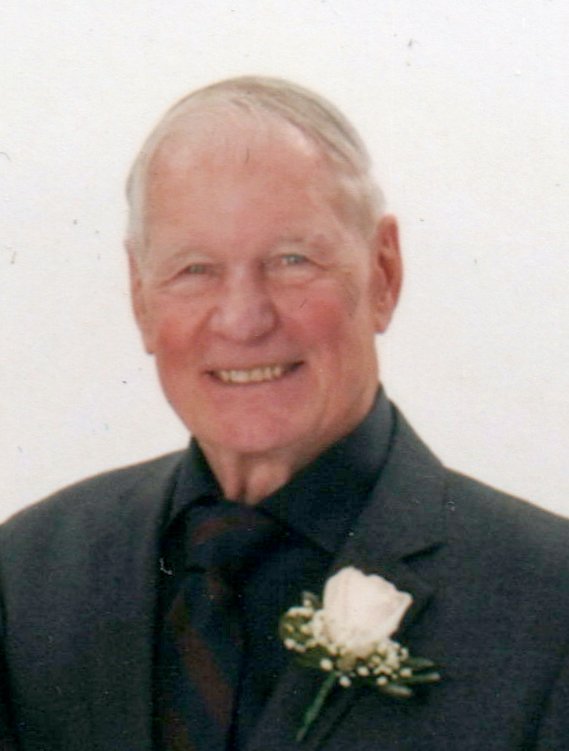 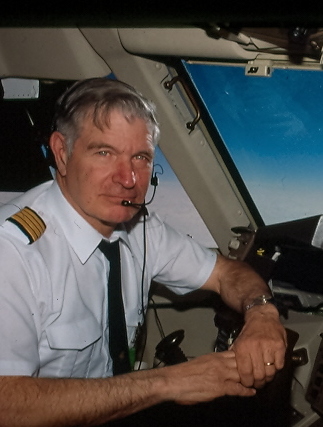 13:00
Private
..
Vankleek Hill, Ontario, Canada
Due to the current circumstances of the pandemic a Private family Service will be held, however the ceremony will be broadcast live via this linkhttps://youtu.be/RX_sAYdI2Bk

Olmstead, Captain Vaughn Edward, aged 89 years, went into the arms of his Lord peacefully at home in the presence of his son, wife, and friends, on Wednesday, November 4, 2020.  A son of the late Rev. Claude Olmstead and Mrs. Hazel Casey Olmstead, Vaughn was born in Corning , New York, and spent his early years in New York State, Ohio, Belleville, ON, Elgin and Black’s Harbour, NB and Caledonia NS, before joining the Royal Canadian Mounted Police, in which he remained for four and one-half years.  He then resigned better to pursue a career in aviation.

In 1954, Vaughn moved to Blind River, ON, and spent two years flying as a bush pilot for Lau-Goma Airways,  at the time of the “uranium rush”, initially flying a DH.83 Fox Moth, and later, Stinson Reliants, SR 9 and SR 10s, and the Noorduyn Norsemen.  He married his sweetheart, Dorothy Taylor, of NS, in April of 1954.  In 1956 Vaughn began flying for Mont Laurier Aviation, and the couple moved to Roberval, QC., later to Pointe Claire, QC, and finally to Hawkesbury, ON.  Mt.  Laurier Aviation became Nordair which after many years became part of Canadian Airlines International Limited.  He retired off the Boeing 767 on January 1, 1991.   He had also flown the de Havilland Beaver, Seabee, Canso, DC-3, DC-4, Curtis C-46, Lockheed Super Constellation, and stretch DC 8 among other aircraft, with a special liking for the Boeing 737.

Vaughn had an adventurous career.  He flew gas caches as far north as land goes in North America for the first land survey of the Arctic islands, flying a DC 3 on skis.  Several hours from any rescue teams, in -40degree weather, without radar or GPS, he landed on sea ice, snow-covered dry riverbeds, and other unknown surfaces, praying that God would keep him safe from rocks and glacial debris.  He also flew the DEW-line and medical evacuation flights and took fur-traders into northern Quebec.  In later years he flew to Africa, the U. S., the Caribbean and regularly to Europe, but his fondest memories were of the northern flying.

Vaughn became an Aircraft Maintenance Engineer and with Don Power founded a company for light aircraft maintenance and restoration.  He owned his Piper PA-12 Supercruiser since 1974 and flew it last in May of this year.  He and friend Lou Goodwin made several northern trips teaching pilots skills for northern flying and survival.  Vaughn gave freely of his time to help others with their aircraft projects and teach them from his wealth of skill and experience, in aviation, plumbing, electrical work and carpentry.  He was often sought-after to do slide presentations.

Vaughn was a high-energy, generous person, a dedicated and delightful husband and father, and a faithful Christian and member of Lakeside Heights Baptist Church, and later, Vankleek Hill Baptist Church. He was a keen Bible Study small-group member and often a trustee.  In earlier years he was active in the Masonic Lodge and the Shriners.  Vaughn also enjoyed photography, scuba-diving, hunting, fishing, reading and music, and had a natural curiosity about many things, which added to his charisma.  He experienced and exuded a triple measure of joy in the simplest things, gratitude to his God, and affection for others, to the blessing of those of all ages who knew him.  He was truly a humble, gentle, yet magnetic personality.

Vaughn was predeceased by his wife of 59 years, Dorothy, son Eric and infant brother, Robert.  He is survived by his second wife, Elizabeth Waugh-Olmstead, his son Phillip, daughter-in-law Katherine, grandchildren Isaac, (Lisa), Andrew, and Jessica Johnston (Joel), his dearly loved great-grandchildren, brothers James (Ruth) of NS, and David (Elizabeth) of NB.  Due to the current circumstances a Private Family Service will be held on Tuesday, November 10, 2020 at 1:00 pm at the Vankleek Hill Baptist Church with Pastor Scott Sadlier officiating. Family and friends are invited to view the live webcast of the Service via the link  https://youtu.be/RX_sAYdI2Bk. If you have any issues with the live feed a recording will be posted soon after the service is complete.

The committal will be at a later date in Port Wade, NS.  Donations in memory of Vaughn, may be made to the Gideons or the Vankleek Hill Baptist Church PO Box 161 Vankleek Hill, ON K0B 1R0

To express your condolences, make a donation or plant a Tree of Remembrance for Vaughn, please visit www.hillcrestfuneralhome.ca